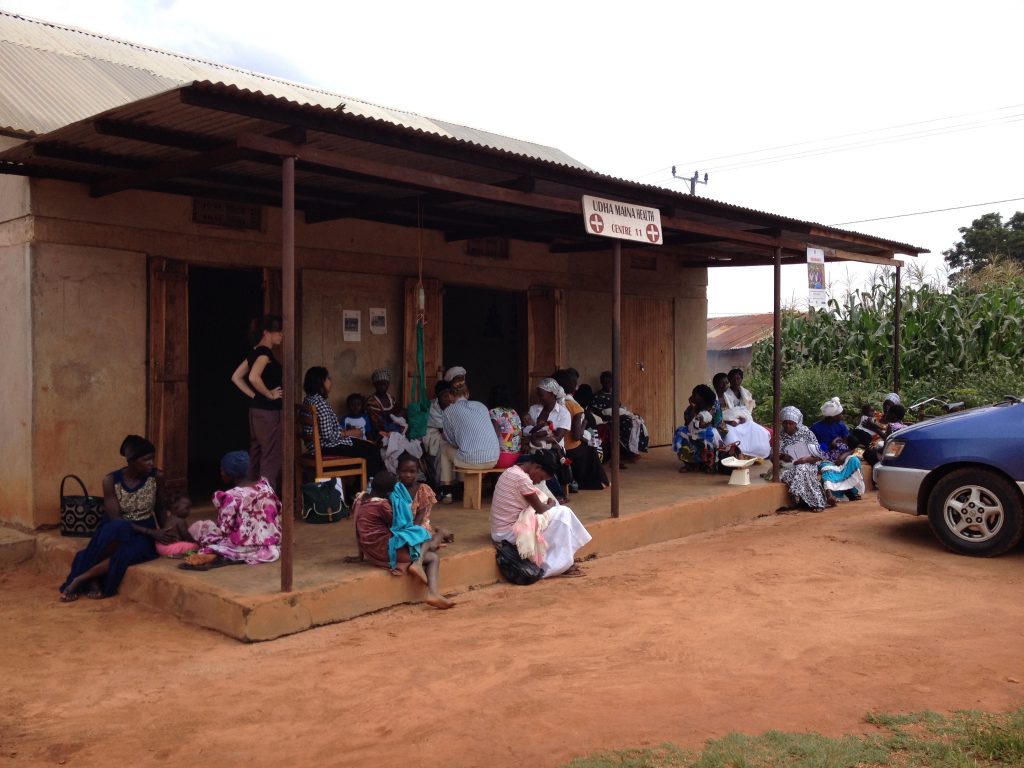 The ride to the village was quite bumpy and I’ll be the first one to admit I was a bit scared that we would hit one of the many goats or cows that kept crossing the road. Arriving at the Maina village, Marjan and I went to the clinic to look for mothers who could share their stories. Our task for the day was to conduct in-depth interviews with a few women who had recently given birth.

At first, we were not sure we would find enough mothers who would be willing to let us interview them. We were lucky though: Thursdays turned out to be the day when mothers from all over the Maina parish bring their babies for vaccinations which meant that the clinic was full of women holding their babies, who were between the ages of about 3-24 months, waiting for their turn. It was surprisingly quiet at the clinic, despite the fact that the babies were getting injections.

It was interesting to hear the stories of the women we talked to and listen to their view on motherhood, their description of the delivery day and their opinions about the Maama project. Some had delivered in their homes assisted by a family member, others had made their way to the clinic on the delivery day on a motorcycle taxi, or a Boda-Boda as it is known here. We also learned about different traditions related to giving birth. During one interview, we were informed that after giving birth, women are referred to differently by members of the community to emphasize their new role as a mother. As an example, if a family decides that their newborn son will be named Abu, the mother would be referred to as Mama-Abu by the other community members.

The field visits will continue for the next couple of weeks, and I’m looking forward to learning more from the participants in the Maama project!