Human Rights in the Time of Corona

How issues of human rights link to health 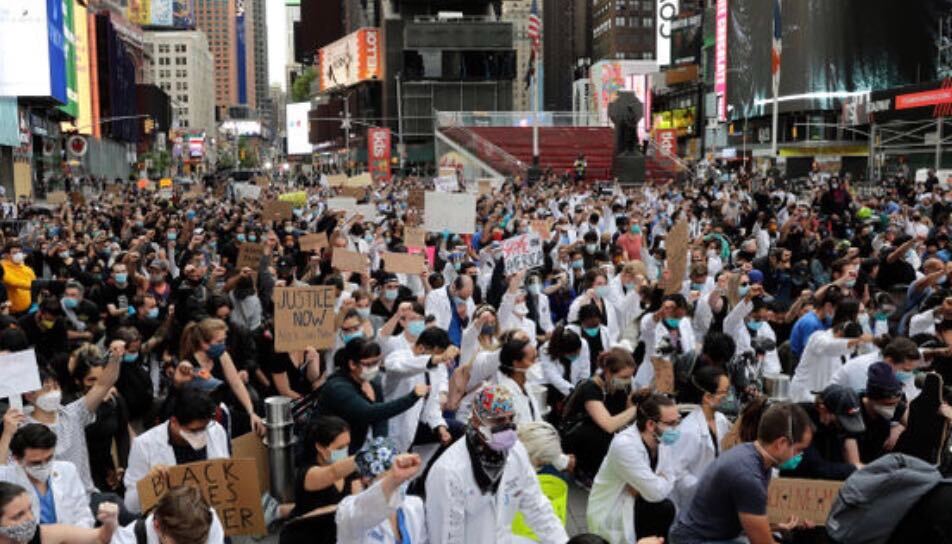 With the tides of political and social matters constantly changing, it is no small wonder that certain issues are inextricably connected to one another. Such is the case of human rights, health, and wellbeing. Concepts such as the WHO’s One Health approach are gaining traction in their attempts to forge an understanding that policies, legislation, and research are not standalone issues but complex ones. They should include the communication between multiple sectors in order to achieve improved public health outcomes. With the current epidemic showing little signs of ebbing globally, this becomes a concept that is not only intelligent, but vital in the fight for health improvement. The fight for health improvement relies on all sectors working in tandem towards an objective. Human rights and its relation to public health are two sides of the same coin. Unfortunately, certain regions find greater difficulty in creating an equal society, where human health is less important than the color of your skin or the money in your bank account. One of what has been considered the most powerful countries in the world has shown time and again that there is a schism that exists between those factors-the United States of America. Below we outline the present situation.

Situation on the Ground

Black rights and the rights of people in the United states has been a long-standing sore spot. Since slavery was officially abolished, people of color have been fighting tooth and nail for equity and equality. They have been disadvantaged by the government, healthcare, economy, policies and the very people sworn to protect American citizens-the police. This unequal treatment has created a slew of human rights and health issues. The health of a nation is a strong indicator for its success as a state. One area that shows statistical differences in treatments is that of maternal health. In the USA, African Americans are statistically saddled with poorer health outcomes and maternal health is no different. According to the National Center for Health Statistics, black women are 2.5 more likely than white women to die during childbirth. While no single cause can be blamed entirely for this, researchers suspect a poor healthcare system, lack of adequate prenatal care, institutionalized racism and a predisposition for certain disorders are to blame.

Factoring in that people of color have been systematically disadvantaged, it comes as no surprise that when something goes far beyond this already high level of persecution that people become angry. The recent example of George Floyd, who was filmed being held down and asphyxiated by police in Missouri this past May, was the catalyst for an already precarious environment. Here, we have an unarmed black man who was not resisting arrest, being killed in plain sight. This example is unfortunately not as uncommon as the government would like people to think. There have been numerous, questionable cases of police brutality that only serve to diminish human rights and decrease health outcomes. In 2015 alone, The Counted’s database demonstrated that black men were 9 times more likely to be killed by police than any other skin color.

While the situation for people of color continues to become an increasingly bigger issue, the US is also facing the highest number of Coronavirus cases worldwide. The virus is tearing through the US at an alarming rate, and with some cities poised to fully open this month, it raises cause for concern.

When George Floyd was killed, it triggered underlying emotions that were already heightened by the highest unemployment rates (14.7%) the country has seen since the Great Depression. The very people who have faced opposition for generations were left with a mere $1200 stimulus check for an indefinite amount of time, assuming the government was even able to deposit the funds into people’s accounts. With no job, no society norms, and no end in sight to the virus, the killing of yet another unarmed black man created the perfect storm.

People were outraged and took to the streets, protesting, rioting and demonstrating their dissent for the treatment of black people. The world felt compassion for the struggling Americans who are being ravaged by a dictatorial government, coronavirus and now another case of police brutality. The world wanted to demonstrate solidarity and to have their own voices be heard. Advocating for the cause is currently being done through both online platforms and in-person protests.

While protesting for human rights is not normally considered a negative thing, it seems to have been forgotten that the same countries who protest in solidarity do so at the expense of their health. These protests have attendees numbering into the thousands and often involve limited physical distancing practices. With most countries practicing some form of quarantine or physical distancing measures, these protests and marches directly go against such safety protocols. In Sweden, for example, crowds of more than 50 people are illegal, and yet just last week thousands defied governmental protocols and actively protested the brutal killing of George Floyd. It is a difficult time when we as a people need to choose between protecting human rights and our own health, but that is what it appears to be for the moment at least. While it is difficult to argue what should be done in this situation, defiance of public health measures, even when done with the best intentions, do have the possibility to negatively impact virus rates. At the same time, the world needs to stand with each other, for each other. This disheartening situation stirs up many emotions and we cannot stand in someone else’s shoes to decide what is the right decision in a difficult situation. Do we fight for one human health issue or the other? And is it possible to make our voices heard while still keeping ourselves safe? Some protesters have attempted to maintain 2 meters distance between one another, which appears to be a viable though difficult option. Others have not maintained this distance, likely due to the nature of protests. While it is still too early to see the virus rate impact of global protests that have already occured, perhaps a middle ground can be met. The recommended course of action is to adhere to governmental safety recommendations and we at SOGH support the adherence of such protocol. Regardless of how you handle this situation, we at SOGH want our readers and society as a whole to work together to achieve better health and human rights for all and we stand with those who fight for these causes.

Resources for Those Experiencing Racism in Sweden

Resources for Those Interested in Being Proactive Against Racism

NB: If you know someone or see someone experiencing racism, contact your local authorities so they can help.