What it’s like to wear a hijab in Sweden

Discussions around biases and discrimination got our intern at SOGH’s newly founded Decolonizing Minds project thinking about mental health consequences of discrimination for religious behavior. In today’s post, she is uncovering  what the decision to wear a headscarf can mean for a  Muslim woman like her living in Sweden. 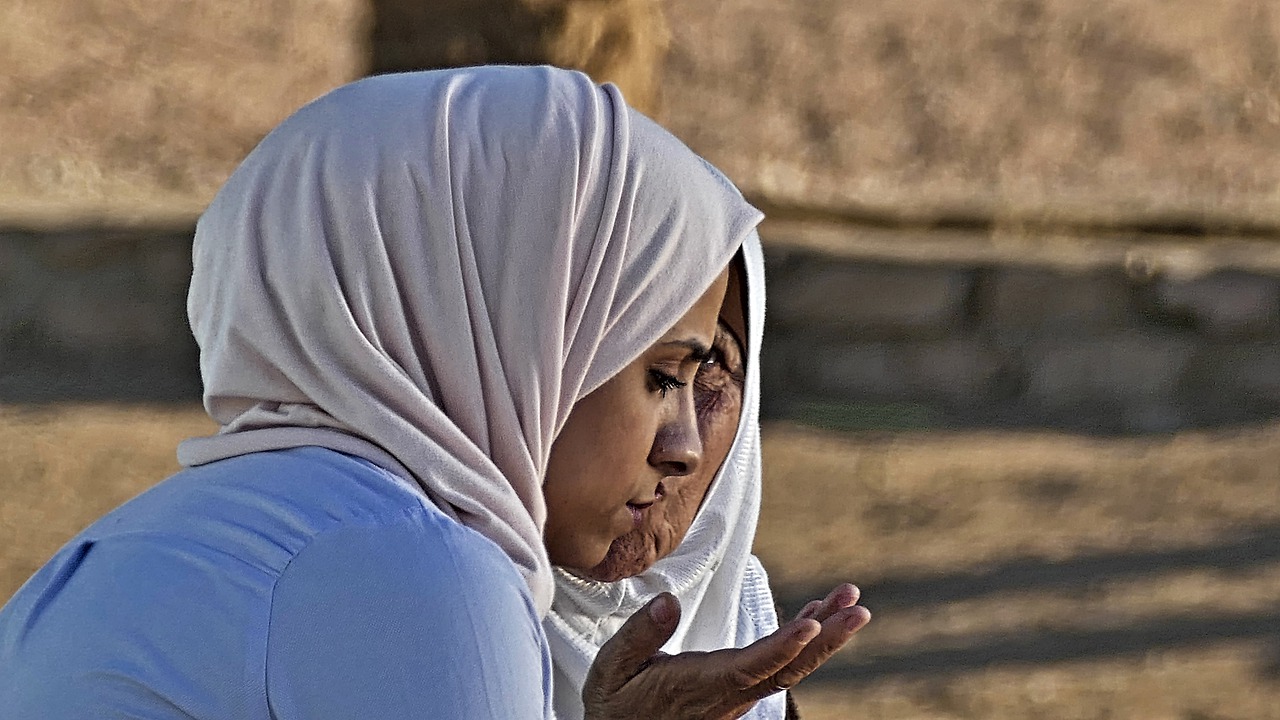 Mental well-being is an essential part of  good health in any individual. Mental health issues often arise due to unnecessary stress, lack of coping, and emotional breakdown. Other people’s behavior such as discrimination towards a person, or a whole community can lead to mental health struggles of individuals. The word ‘discrimination’ refers to treating an individual or a group of people unfairly or with prejudice based on their ethnicity, nationality, origin, gender, age, and similar characteristics.  Common forms of discrimination that exist in society are based on origin, religion, and gender. This includes discrimination of Muslim women wearing headscarves (hijab), as a result of internal biases and systemic racism. This kind of discrimination reportedly manifests as hate speech and remarks, but also in rejection, for example when applying for university or for a job position.

As a migrant and a Muslim woman who wears a headscarf, I decided to explore discrimination of Muslim women in Sweden  because of their headscarves and its impact on their mental health. Immigrants constitute more than 25.9% of Sweden’s population  and 98.8%  of them have a foreign background being second generation. More and more, Sweden  is becoming a culturally diverse country where people grow up surrounded by different norms, ethical backgrounds, and religions. However, discrimination remains rooted within the Swedish society. This does not just cast its shadow on the relationship between individuals, but disrupts and weakens  the  entire societal structure. This became particularly evident in relation to events such as the terrorist attacks of September 11, 2001. As a result, Muslims who could be identified through their way of dressing or lifestyle, were commonly associated with atrocious facing backlash, hatred, and discrimination. Societal trust towards Muslim communities erode, impacting single individuals. Women in particular have been targeted by several countries’ laws which have aimed to restrict the use of the hijab, some claiming it was for security reasons, others to free women from this ‘oppressive’. For instance, in India recently, Muslim women and girls were forced to remove headscarves, students and teachers alike. 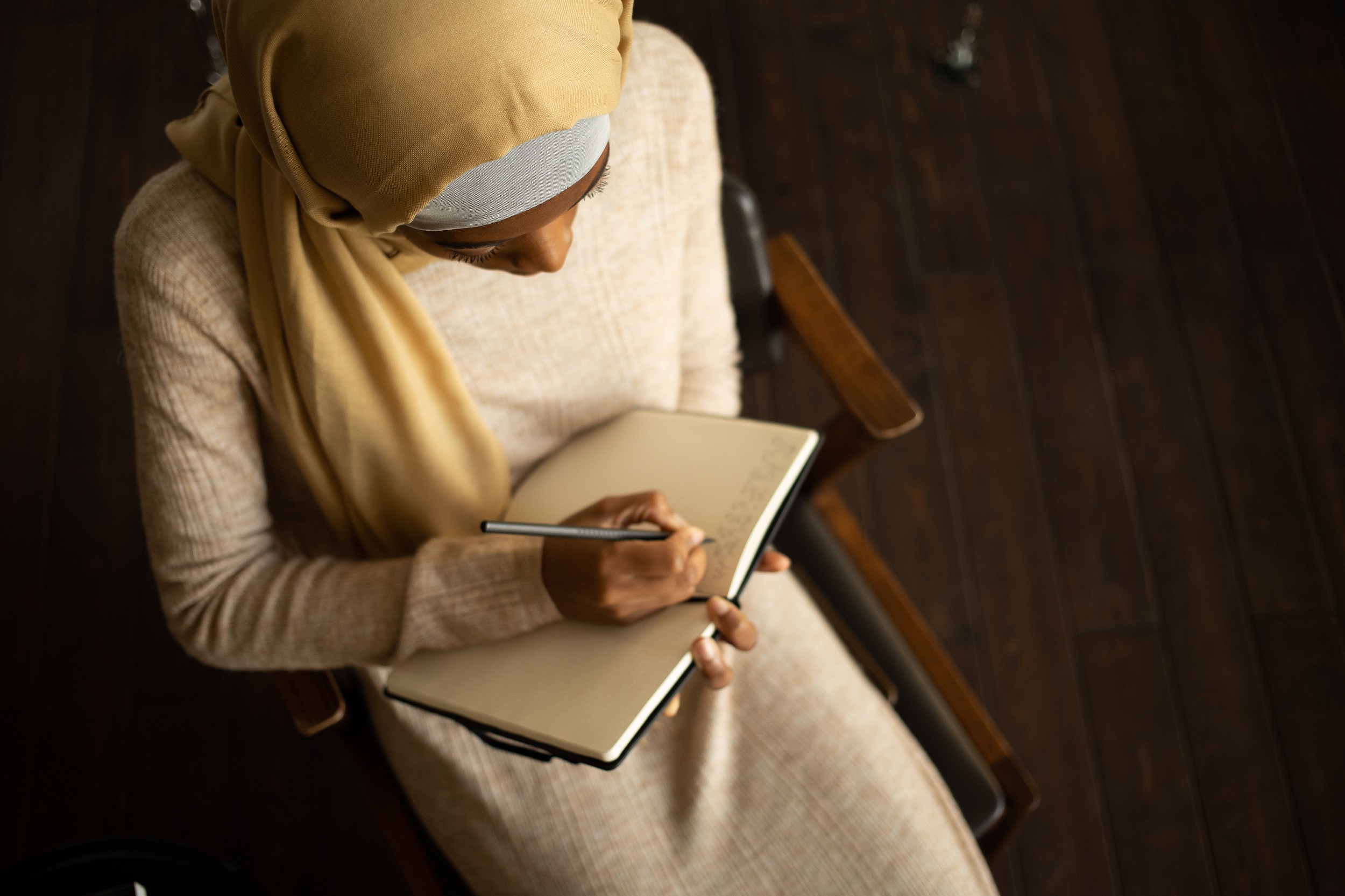 What the numbers prove

Beyond bans and laws, there are several studies and articles that provide evidence regarding discrimination faced by Muslim women based on their headscarves, especially in USA and European countries. Recently, a study conducted in Germany,  showed that women wearing hijabs had to send 4.5 times more job applications than others. The Swedish news reported about Muslim women who were rejected from jobs due to wearing headscarves. In 2002, in another case, a young woman was initially rejected for a job in Liseberg amusement park due to her hijab.  The employer ended up changing their decision and hired the woman after ensuring that she got a hijab that blended with her work uniform. After the company withdrew its decision, this particular incident ended a little favorably, but this may not always the case for many women and the occurrence of such events should make us reflect. Another woman’s wish to wear a hijab was denied by the firm she was working in, against which she took a legal action. In the southern state of Sweden, near Malmö, a debate arose in 2019  regarding banning headscarves for girls under the age of 13. It triggered protests from the local Muslim community.

Wearing a hijab is a human right

When talking about preventing women from wearing  hijabs, we often forget about the stress and mental health issues that can arise in these women. Muslim women wear headscarves as a way to maintain their modesty and privacy. Modesty is important for Muslims, women as well as men. It is reflected in the way we dress and our body language. I agree that no woman or girl should be forced to wear a headscarf, as it might be the case in Iran and Afghanistan, But in a similar way, no one should force them not to wear one if it is their wish. Stopping someone wearing hijab could have long-term mental health consequences. Many of these women might be unable to cope with the situation  and fearful of seeking help. Some may not know whom they should ask for help, while others may think that they would end up with further trouble by asking for help. Furthermore, being a migrant language can become a huge barrier.

Having acknowledged that discrimination against Muslims is not just detrimental to the individual but  to the  entire Swedish society, what can be done against it? Sweden legally follows the Declaration  of Human Rights, but there are still no national laws on religion. However, government NGOs are advocating for it. As an individual, we should support Muslim women in our workplaces, universities, and homes.  Being an intern at SOGH in the Decolonizing Minds project showed me the pivotal role we can play as global health practitioners, starting from questioning our own biases, including the way we see and interact with those wearing headscarves.

Ayesha Malik is doing her masters in Public Health at Stockholm University. She holds a masters degree in Emotional Psychology and Behavioural Sciences. Ayesha is volunteering for SOGH as an intern and works at Dedicated Parents as a content/blog writer. She conducts a self grooming class every week on  different topics on Dedicated Parents’ platform. On her personal blog page on Instagram she covers different societal and cultural issues. If you are interested in more of her work, follow her on LinkedIn or get in touch via ayesha_malikawan@yahoo.com.