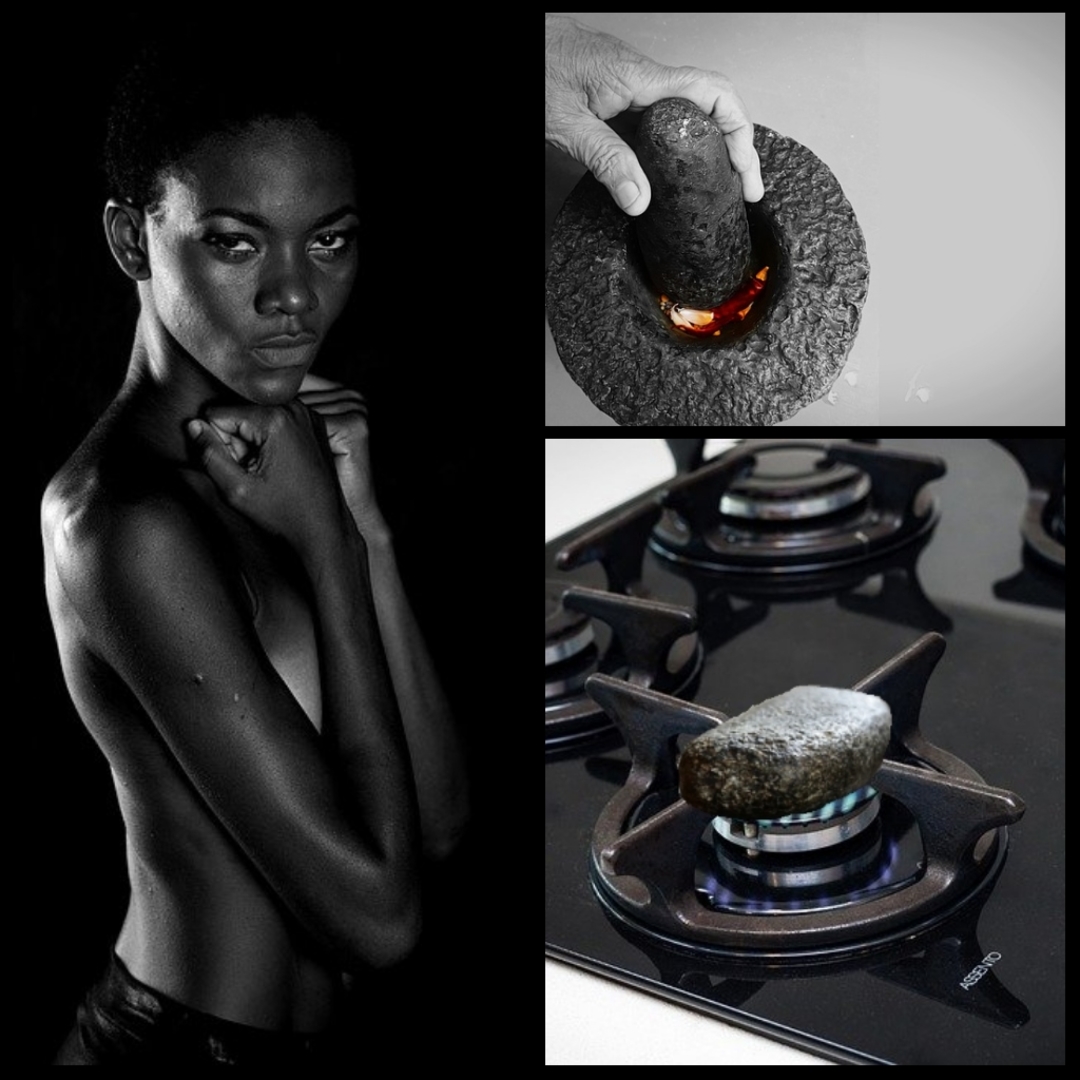 The ten-year-old girl could hear the crow of the cocks, signifying that morning was near.

The tears rolled down her cheeks as she felt and knew what was coming.

Her once developing breasts throbbed with an excruciating and never-ending pain, pain that had only been worsened just hours ago when her mama had pounded them with hot stones.

The pain, the heat, Hope could still feel it all even now. She could feel the hot stones as they made hard and repetitive contact with her budding breasts.

Hope could hear her screams and pleas as the heat melded with her skin, as mama flogged and as auntie held her hands down, pleas that fell on deaf ears.

They said they were doing it for her, they said they didn’t want her to catch the eyes of the men but Hope could feel none of that love they claimed.

All she felt was the pain in her chest, all she saw were the scars she knew would never heal.

She heard the approaching footsteps of her mother. And she knew it was time.

Morning, night, she faced this pain. The routine was set, one that began when she turned nine and the breasts started to show.

She shut her eyes, wishing that the hour would draw away from her. Her sheets were wet from her tears, she ached from the pain of this hidden ritual.

Hope may not be real but what she suffered –breast ironing– is no fiction. This is the reality of many young girls.

Thelarche, the stage of puberty that marks the development of breasts, is a source of excruciating pain and horror for some girls as they are subjected to breast ironing. Breast ironing is an action perpetuated to stop the development of breasts. It is carried out by using hot objects like stones, paddles, electric irons, plantain peels, spatulas, and brooms to massage, pound, and press the breasts flat. Sometimes, belts or bandages are used to bind the breasts. This act is usually carried out by mothers, female relatives, shamans, and in rare cases, the girl herself.

I first came to know of the existence of breast ironing when I stumbled across a report by Aljazeera which detailed this cruel act that was being meted against girls in refugee communities in Ogoja, Nigeria – my country. This report explained how this act was carried out by Cameroonian refugee mothers because of the high levels of sexual harassment and assault that female refugees were vulnerable to in Ogoja. This torture was done in the hope that their daughters would become less desirable to men. 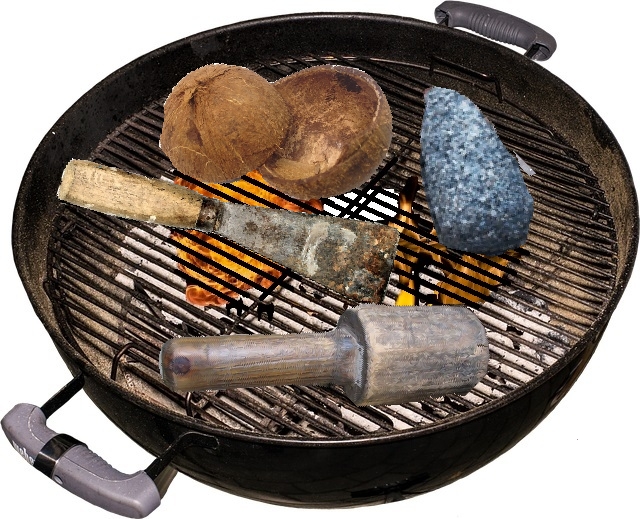 Upon further research, I came to understand that this practice of breast ironing, one I initially presumed was novel and limited to Ogoja, was anything but that. Millions of girls have been victims of breast ironing and it has been going on for years. It is a practice that has been happening in Cameroon for generations and exists in several other places around the world. According to the United Nations, 3.8 million girls in the world today are affected by breast ironing. Breast ironing culture, also known as breast flattening, or breast sweeping, is widespread in West and Central African countries like Cameroon, Guinea-Bissau, Chad, Togo, Benin, Kenya, and Zimbabwe. It is very much prevalent in Cameroon, as the number of girls who have been subjected to breast ironing is estimated as high as one in three (1.3 million). Europe is not left behind in the statistics of these cases as Came Women and Girls Development organization estimates that every year, a thousand girls aged 9-15 across the UK are also victims of breast ironing. While community workers in the UK have reported breast ironing, it is a secretive custom with no official data on how widespread it is. So, there is the possibility that existing cases are higher than those reported.

For the girls who are victims of breast ironing, it becomes routine, just like any daily chore. Sometimes, it is once daily, sometimes, twice daily. Some mothers dispense this torture over long periods, like years, and other times, months. The frequency of this act is dependent on the size of the girl’s breasts. Mothers perform this act because they believe that no breasts will make their daughters less attractive to the opposite sex, thereby warding off sexual advances. These mothers ignore their daughters’ pain as they have the intention of “protecting” them from rape, sexual harassment, early marriage. Nonetheless, it remains a misguided intention because breast ironing only exposes girls to extreme pain, psychological damage, infections, cancer, inverted nipples (inability to breastfeed kids), and the risk of developing cysts. Ironically, this pain is all for naught as breast ironing is ineffective. 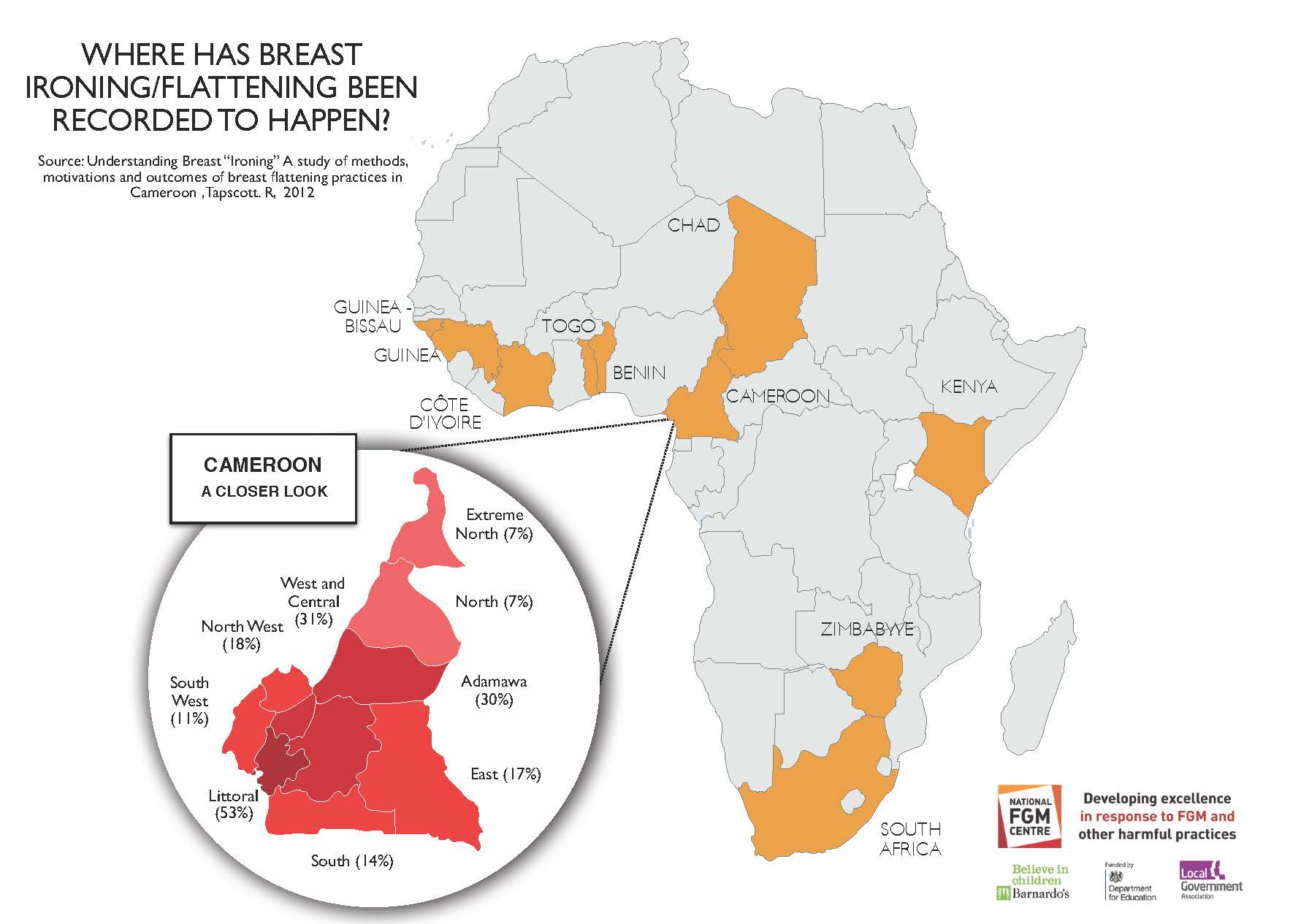 Breast ironing does not receive as much attention as it should. Awareness of this harmful practice is low. In Cameroon, where this practice is very rampant, laws against this practice have not been passed. Breast ironing is a form of child abuse and has been recognized as abuse within the Violence Against Women and Girls strategy. As of July 2019, The Crown Prosecution Service (CPS) has updated the So-Called Honour-Based Abuse and Forced Marriage guidance to recognize breast ironing as a criminal offense. Regardless, there have been no breast ironing prosecutions. This practice continues in secret and is difficult to detect.

While organizations exist to fight against this act, more still needs to be done. We need to stop it now and save lives.

People need to understand that breast ironing is not capable of solving the larger problems. It is just a branch of a larger tree: violence against women and gender inequality. Girls should be seen as equals and taught to respect themselves. Women should understand that sexual abuse is not their fault but the perpetrator’s. Communities need to be educated about the harmful practice and it’s long standing effects. This way we can wipe away the need for this practice. Sex education for mothers, children, families should also be integrated into the society.

The law can only protect when it exists. The lack of a law against breast ironing is one of the reasons this issue has been left to fester. The law has turned its face away and refused to protect these girls, under the guise of it being culture. No more should we give the excuse of culture when millions are hurting everyday, while millions lose the life they deserve to have. We have to start prosecuting perpetrators – which will serve as a deterrent and protect victims. Educators need to be alert for signs of breast ironing. Finding out early will be effective in saving girls.

Breast ironing is a global issue to which we need to pay attention. We need to create awareness and report more on this issue. Should we condemn this culture? Yes! Let’s work towards affecting solutions and curing these inequalities that devalue women. Most importantly, we have to put an end to sexual violence as this harmful practice was ignorantly borne as its solution. We have to stop hurting girls and go after perpetrators of this act and sexual abuse.

Heard of breast ironing before? What’s your opinion on this practice? What steps do you think can be taken to eradicate this practice? Let us know your stand in the comments below or via email. Let’s do better!